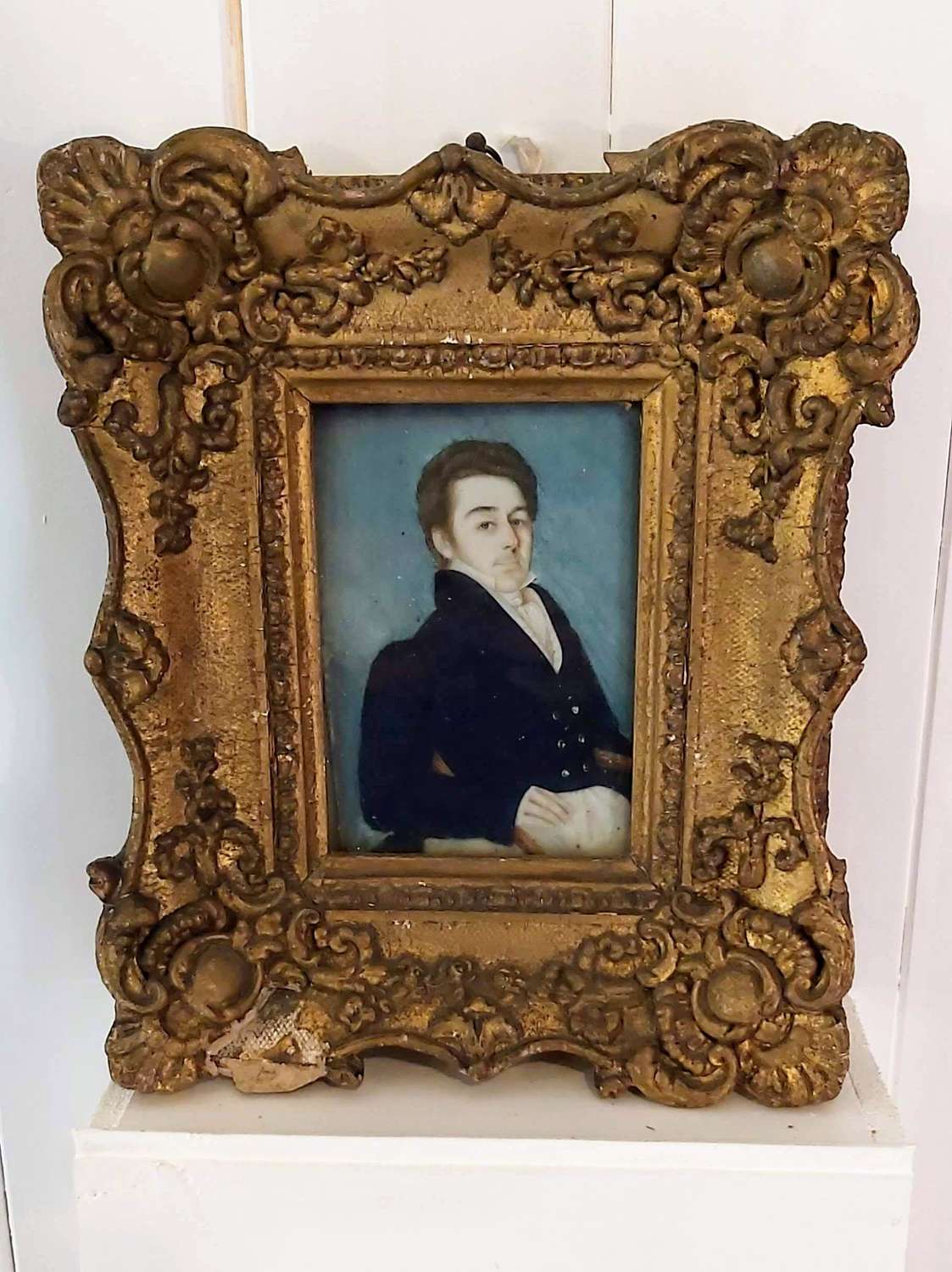 A very popular thing for the well heeled man or woman to do in the regency period (1811-1820) was to have an artist commissioned to paint your likeness in miniature. Indeed this became popular almost a hundred 150 years earlier influenced by Itailian painters who had honed this skill. By the time of the late 18th and early 19th century artists where choosing to paint on Ivory which allowed for the flesh tones of the face to be more life like.

This particular miniature is much larger than most of this period and depicts a seated gentleman in clothes of the day with his hand placed on his thigh. The details of the face and hair are clear and well defined with colours vibrant and strong. The portrait is framed in a period correct decorative gilt example with an inscription verso which is sadly almost illegible.

Condition commensurate with age and use. A loss to one corner of the frame as shown and could be restorted .