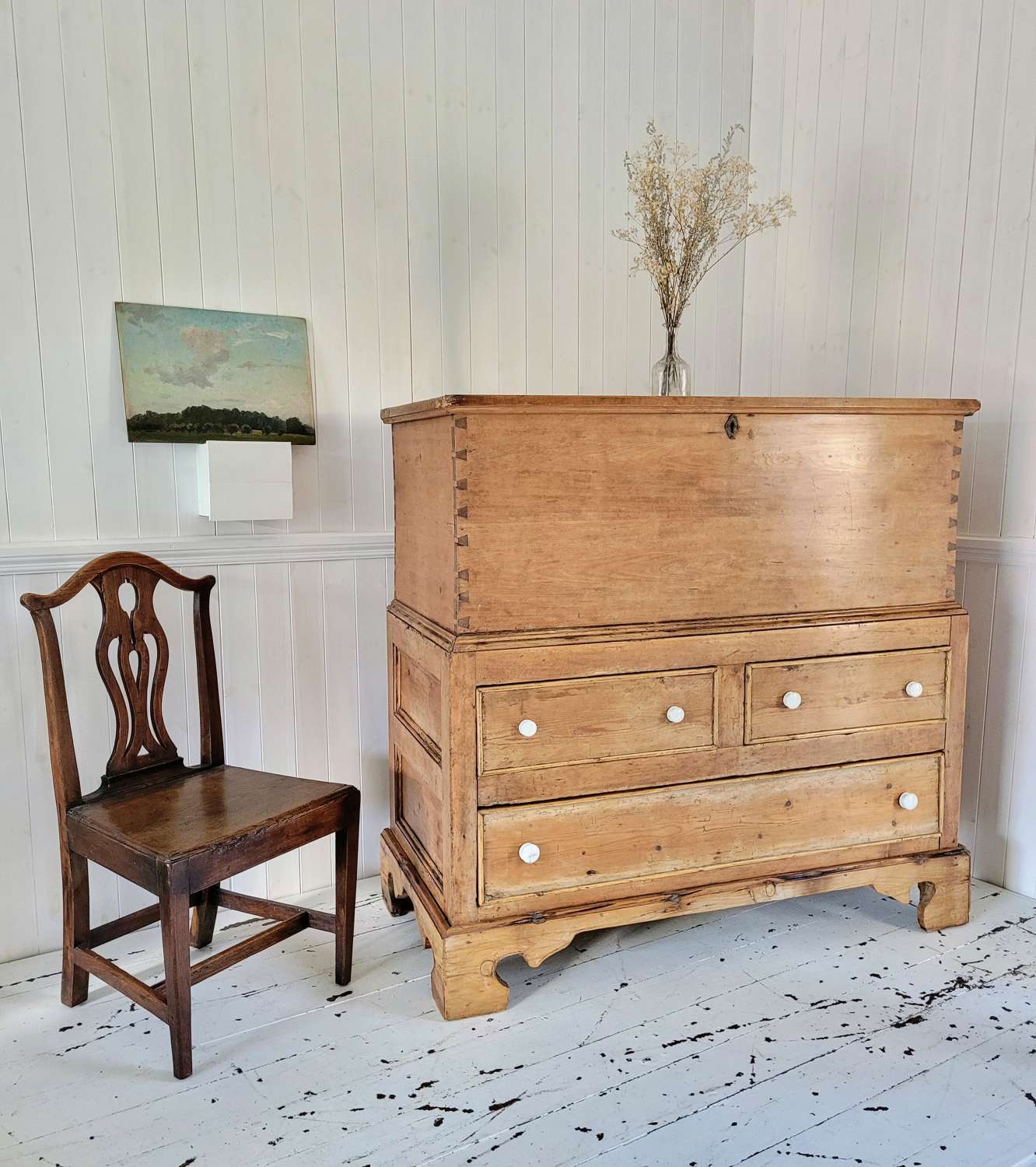 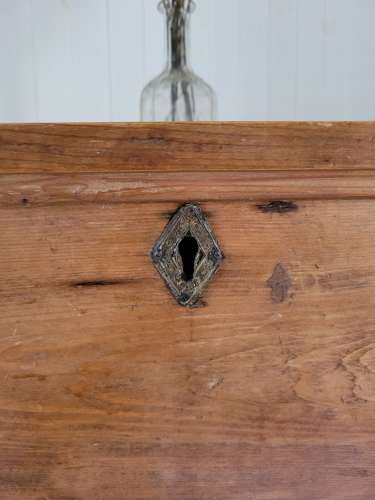 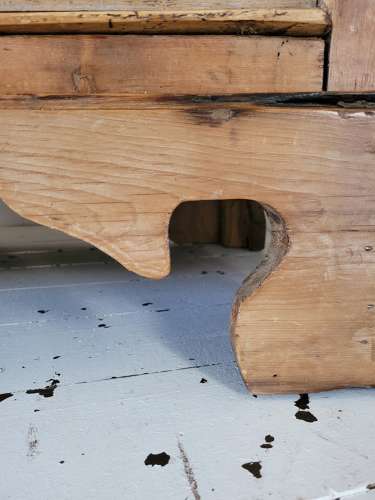 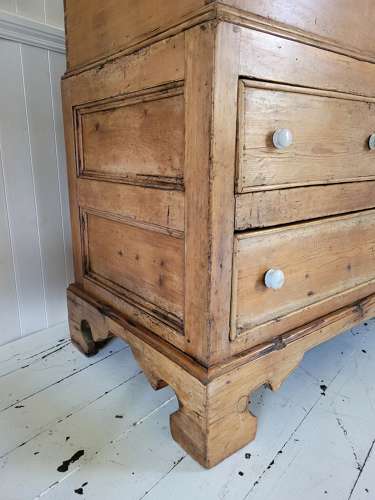 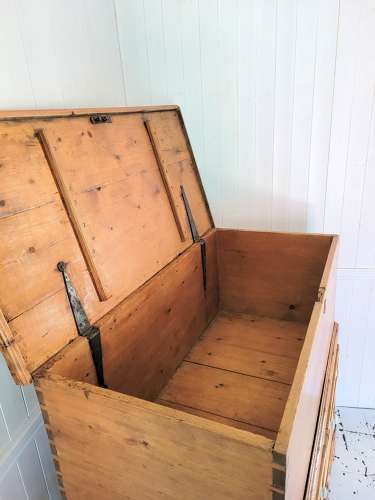 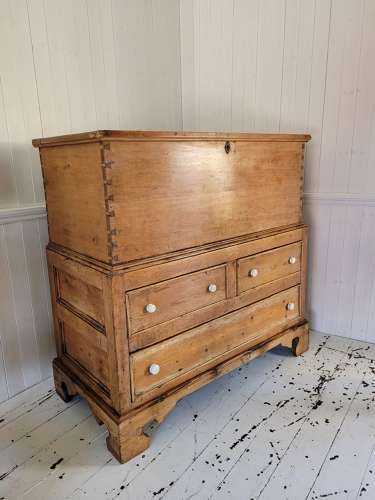 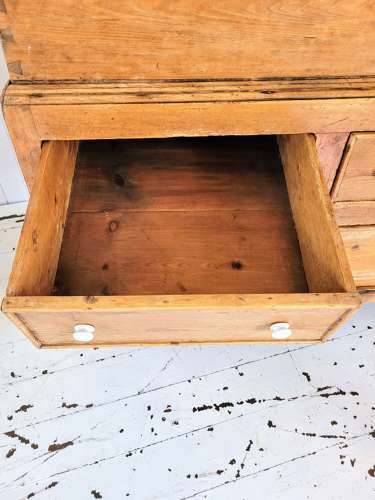 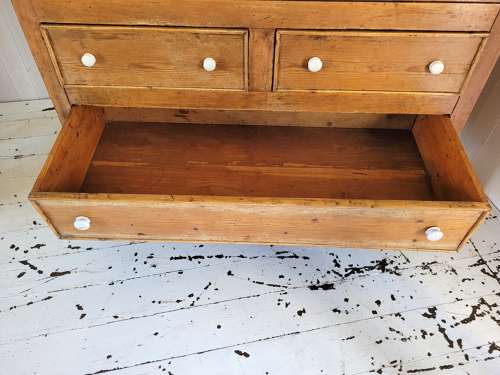 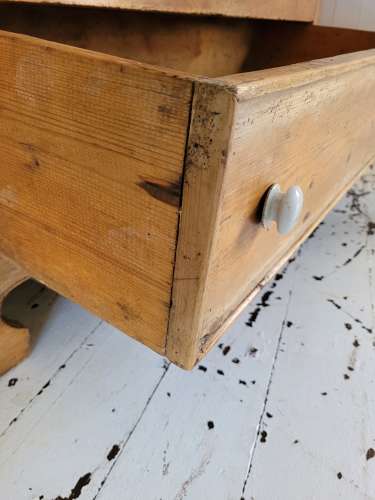 c1800 traditional Irish Dowry chest. This piece of  Irish vernacular furniture was popular with affleunt farmers and the like who would have had this chest made by the local carpenter , coffin maker etc to be passed on with daughters on their marriage. It would have been filled with linen, clothes and bedding and possible as much as £100. It had a lidded top to protect the contents from falling debris from the thatched roofed cottages of that period. It has a design particular to Ireland and differs from its european coounterparts with its chest on chest appearance. These chests were often made in two parts for ease of transportation (as is this example). This is a perfect piece of furniture for the country home.

Condition commensurate with age and use. Various repairs down the years and an ancient woodworm attack as is always the case with softwoods from that period. Treated for the latter and waxed. This is a rare survivor of its type as a large amount of furniture before the famine of the 1840s has not survived.